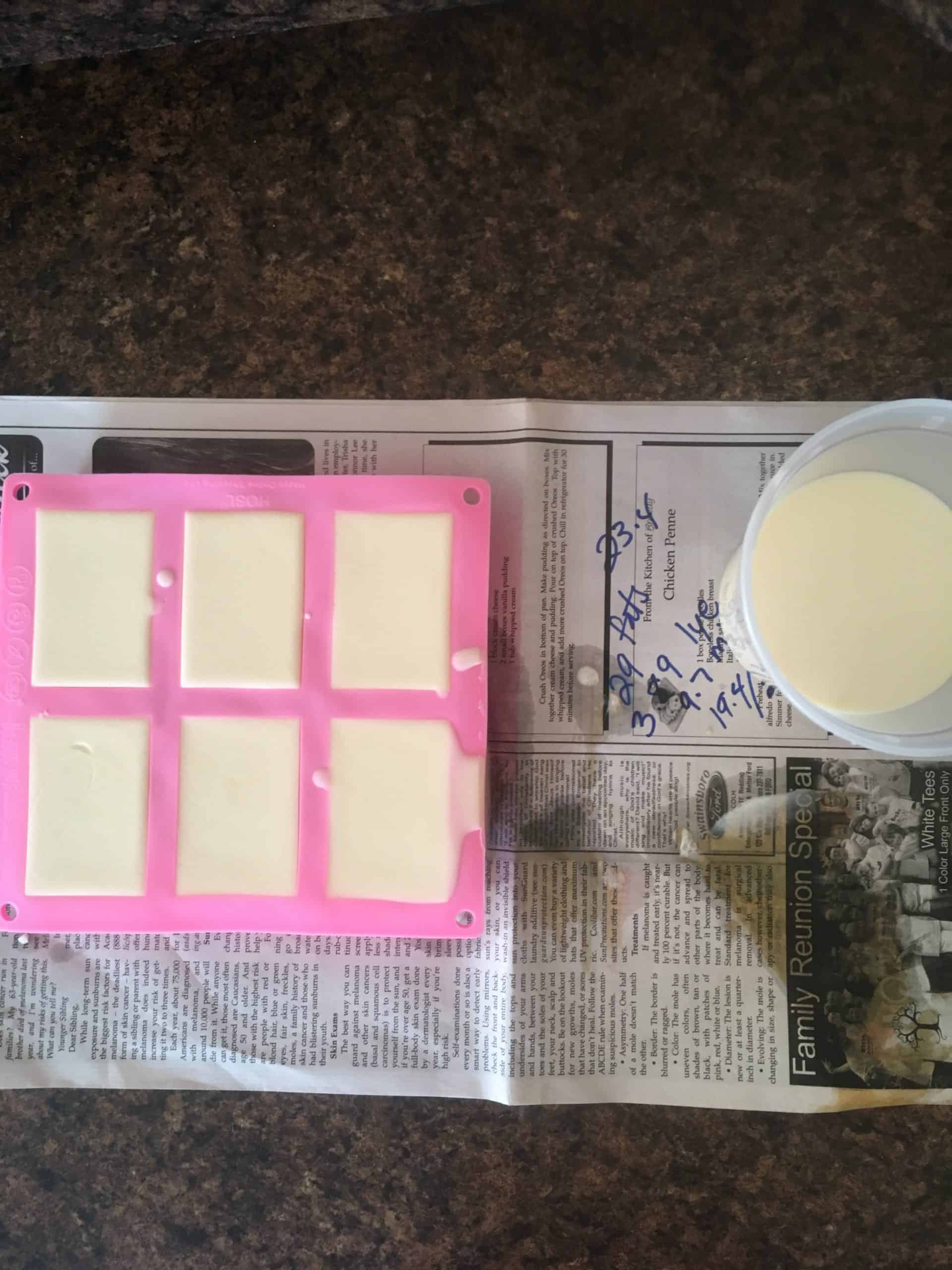 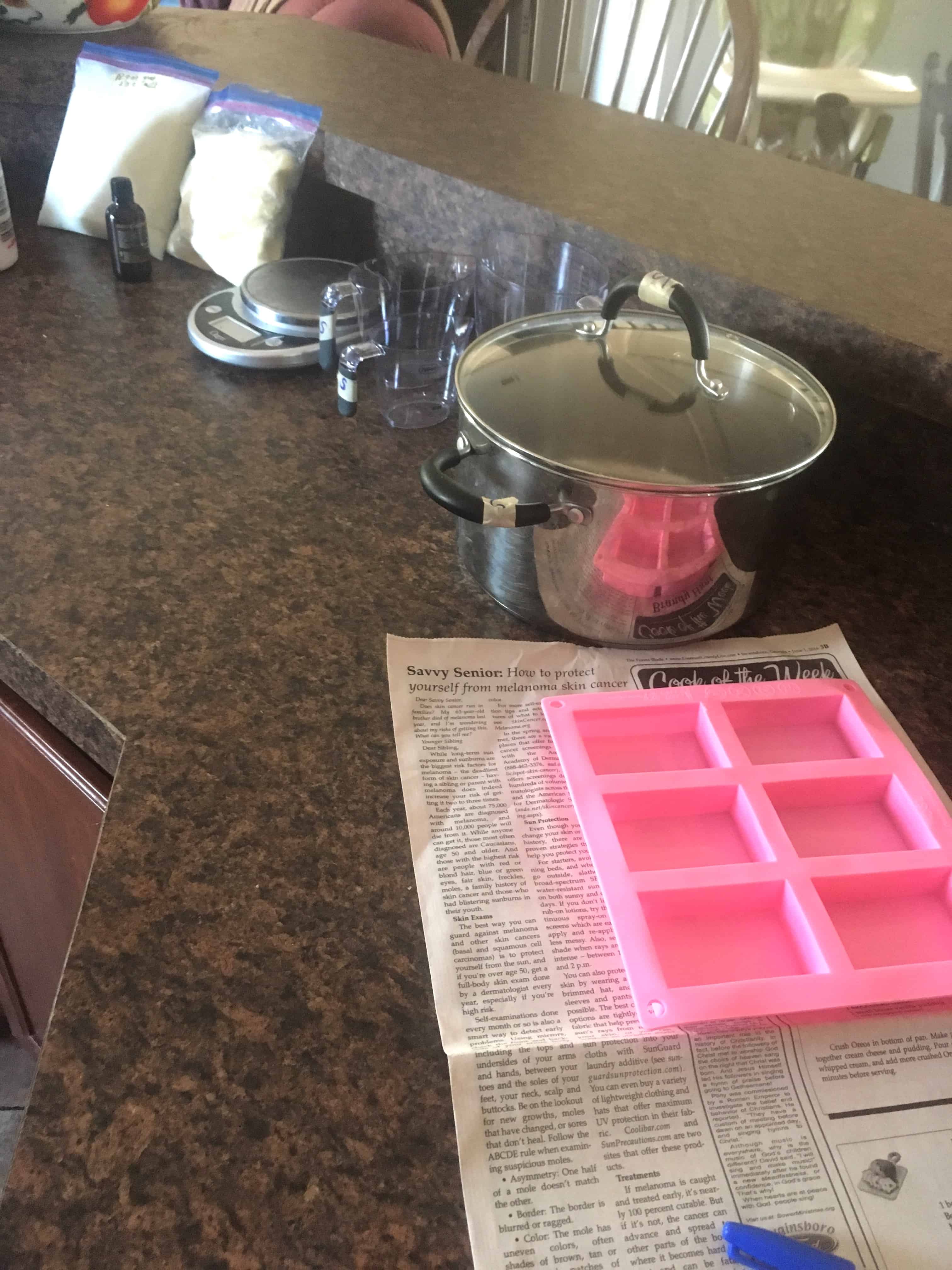 Years ago, when Andy and I first met he asked me if I wanted to see his soap. This was after he showed me his bee hives, garden and chicken coop. I’m sure I answered something like, ‘Really? You make soap? That’s so cool, I’ve always wanted to make soap. That’s really fascinating. Of course I want to see your soap.’ I did think it was cool and fascinating and I did want to make my own soap, but I just couldn’t believe I’d been invited to see another layer of my (unbeknownst to me) future husband’s many gifts and creative talents.

So, I saw his soap stash and his lip balms and essential oils (I think that was all in the same cabinet) and was really impressed. The soap wasn’t pretty. It didn’t make awesome suds and occasionally it didn’t cure long enough so the lye would completely burn your skin off and it left a terrible residue in the bath tub, but I was still smitten with soap and chickens and bee hives and eventually the urban farmer who considered himself nothing of the sort but, really enjoyed all of those farmy things and is now full time farming with me and our brood and my new found love of soap making. That’s right! 7 years or so after that day I walked in and saw his soapbox I have finally finally finally made my first batch of soap.

It is so fresh that I can’t use it yet and won’t know how it suds or cleans or works for at least another month, because it needs to cure, but it’s beautiful and with the exception of the lye and the natural fragrance oil it is made from ingredients that we produce here on the farm like goat milk and beef tallow and another fat that I’m too embarrassed to talk about right now, because it was a complete accident but is actually a legitimate ingredient used for soap making. I just thought it was beef tallow but it wasn’t. So, my first bars will be quite interesting and remind me of the time a chicken toe was left in the collard greens that we ate for Thanksgiving with my family one year. We can laugh about it now, because we know that chicken feet make excellent stock, but at the time Andy quickly put the toe in a napkin and I made him keep quiet so my sisters wouldn’t find out.

Back to the soap: I only made a half batch to experiment and I used a basic recipe from Mother Earth News, substituting the water in the recipe with some frozen goat milk  that I had on hand when there was a surplus of goat milk and no one to consume it. I used the lye calculator from Brambleberry (a big soap making supplier/company), got my supplies together and went for it while Andy and the kids were down at the river and hunting for arrowheads.

It looks and smells great and I didn’t even realize my accidental tallow mistake until we were sitting down to dinner and I told Andy that I didn’t have enough tallow in the freezer and had to melt it and strain it before using so it would be really clean and he said, ‘honey that’s not tallow. The tallow is all in the crock in the barn.’ I was hysterically laughing about my first batch and big mistake until I quickly looked at the lye calculator and lo and behold my crazy ingredient is completely legitimate and apparently popular enough to be listed as an official soap fat option. Let’s just say that if this soap turns out to be the best of all my future experiments, including the ones I’m going to try with olive and coconut oils and beeswax then I’m going to have to render a lot more chicken fat. 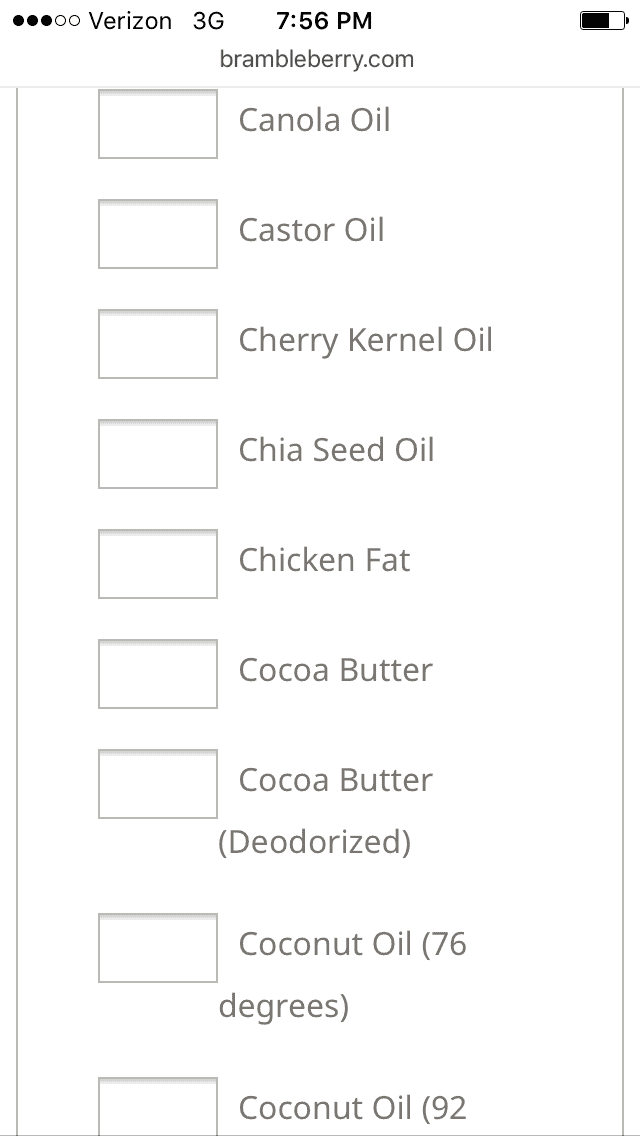 There are a few things that make my heart sing. Cardinals, gardens, old houses, handmade goods, Jesus, my family, honey bees… you know big and little things that just make me glad. So, when we moved to this little town (we’re not actually in the town but near enough) and we discovered a little community… 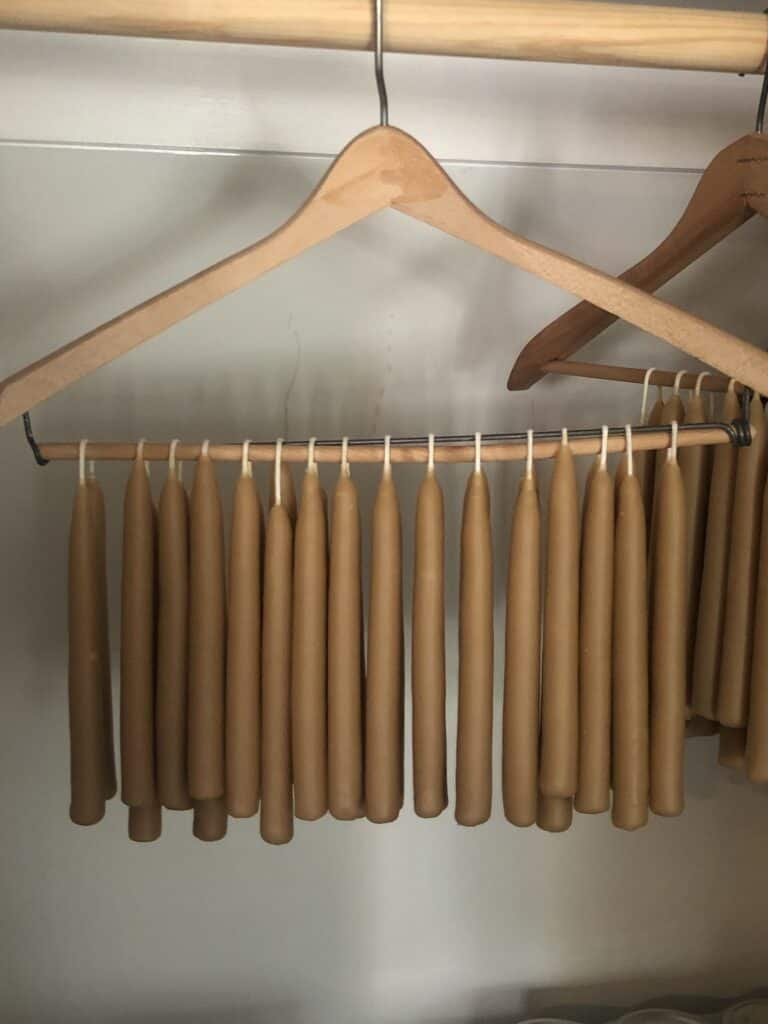 We’ve been back at the drawing board and it feels good. The beeswax candles are stacking up and the soaps for December’s shipments are coming right along. Over 100 bars were made this week with another couple hundred in the works and we’ve got a special delivery of organic chamomile and rose petals that should… 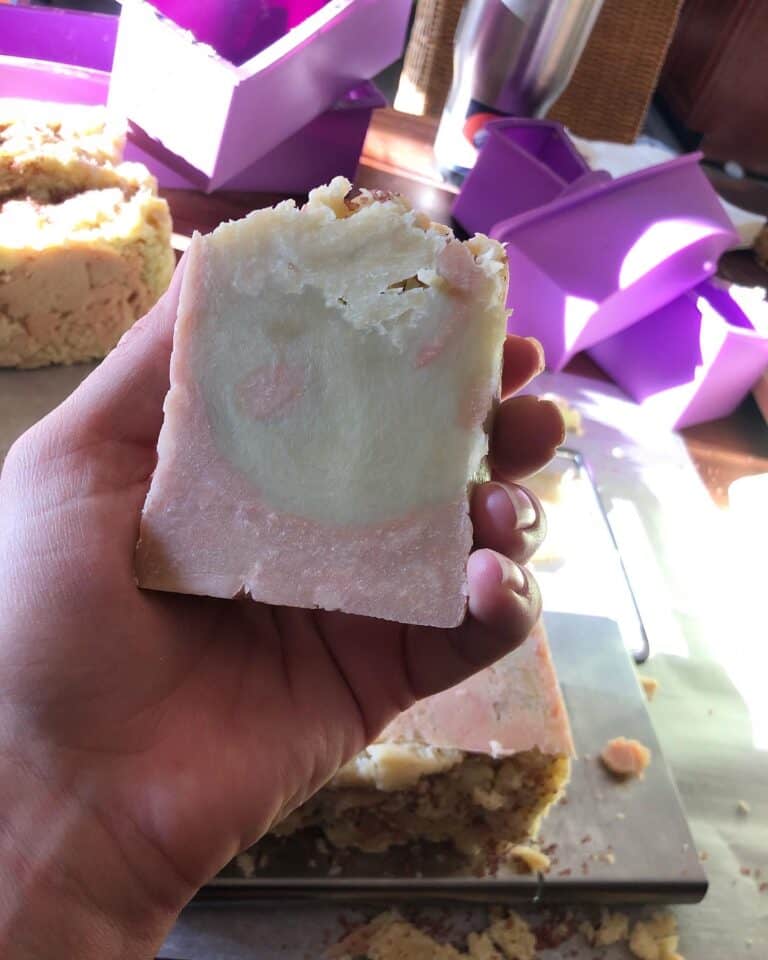 This last batch for the March 2022 soapscription boxes almost finished me. I was excited to experiment with a new scent using hints of geranium and ylang ylang and rose clay, but as soon as I added the essential oils the soap traced and thickened to the point that I had to chisel the mixture… 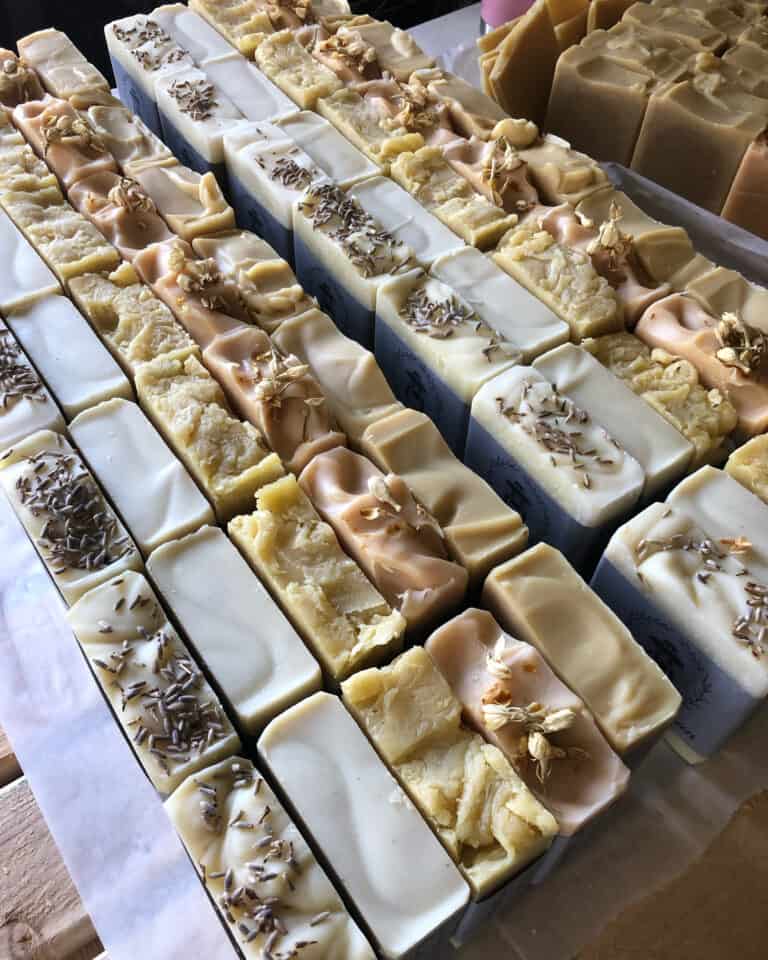 It’s a bit surreal that we’ve just completed our 5th soapscription shipment and celebrated our 1 year anniversary. We launched our soapscriptions in September 2021 and have been a bit overwhelmed by the response. We had our share of challenges, but we held fast and trusted that time would tell. “Time will tell.” Those are… 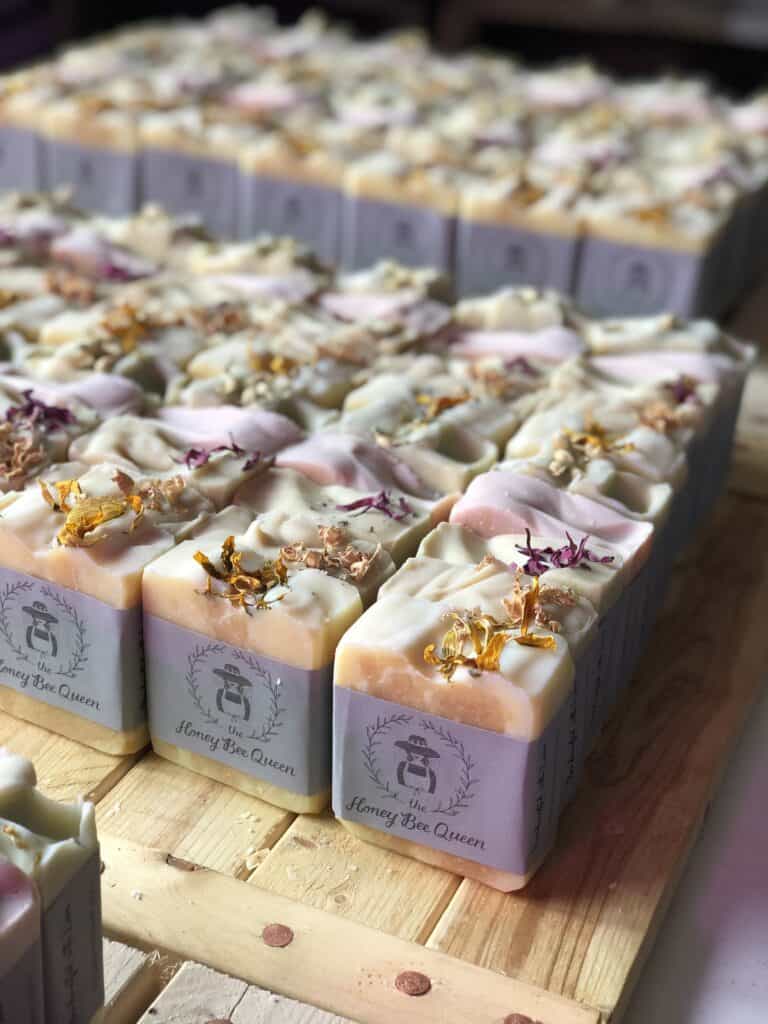 This collection was absolutely the most beautiful and challenging one yet. We had our new sweet baby born just after we finished the last bars and got them on the curing racks. I had some trials that truly motivated me to stand firm and work harder and stay the course. I found a way to…

I’ll get this blogging thing down someday. Maybe. Or maybe not. It’s December already and we went to a local tree farm to pick out a sweet tree for the second year now. Our first few years of marriage were spent with some major Charlie Brown branches that we scavenged for around the farm properties…